After the Sitges Film Festival 2011, this is one of the great things I found there!
Moritz is a beer made in Barcelona and now the official beer of the Sitges Film Festival!
To celebrate it, they made a limited edition, inspired on the film AI, only available at the festival!
An original bottle with the Moritz flavour, what more do we want? 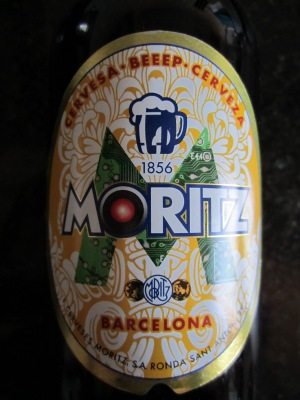