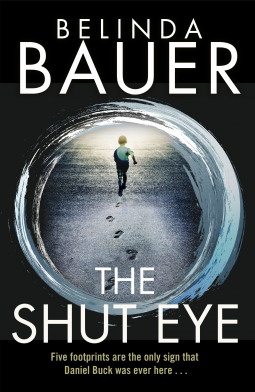 Can a psychic (Shut Eye) find two missing child?
DCI Marvel love solving murders, but there’s one case he had still not solved, the Edie Evan’s disappearance.
Anna Buck cleans every day the footprints of her missing child Daniel, she just wants to clean all her house awaiting for the Daniel returning…
Are the two missing children connected?  Will the psychic help or his intentions are more selfish than it seems? You will have to search for the Shut Eye to know all the answers, good luck!
“Murder was DCI Marvel’s favourite thing in the whole world – even above Sky Sports. There was no other crime that had the sheer black-and-white finality of murder, and it was one of the few things in life he took personally. He was good at it, too. He had hunches and insights; he had the dogged obsession to keep going when everyone else had given up – not because he wanted to solve the crime, but because he hated to lose. Solving murders was a competition, make no bones about it. The killer won, or the cops won.”
In the beginning you think that these are two different cases but while you read, the characters start colliding in one world where not everything is what it seems. Could cultural misunderstanding be so harmful, that a present could mean something more powerful than just a beautiful gift?
Belinda tries to show how in this time where diversity is normal, how can we be so blind to the cultural traits of our surroundings? When we travel around the world we try to soak up with new information or just pass the time? I really want to believe that we like to discover new experiences and understand how the people from different countries live their life, but maybe I am just a dreamer and no one is interested in other cultures.
Returning to the book, I was a little bit disappointed with the mystical parts of this book, I am not a physic believer, I prefer more touchable things, but it was quite interesting how Marvel, that don’t believe in ghosts, tries to understand all the clues he had without going mad.
Belinda Bauer guides us to a journey following the footprints of a child and finish it in the stars.
The last question… Will Edie become an astronaut?

"On The Edge"!!
In my blog today I am talking about this little gem; one of my favourite books this year!! Believe me! ;)
Today I am reviewing the super holographic puzzles from @kidicraft in my blog. Did you know that they have a new product with a plush and a puzzle?! They are super cute and perfect for children and adults, believe me.
Have you seen these gorgeous badge?? I am now part of the Shadow Service!! 😁
I've been using fountain pens since I was really young, but never thought of making a notebook with all my different ink colours. Almost all the fountain pen lovers I am following have one so I thought it could be fun!
Today I am reviewing "Bad Apples" in the blog, one of my favourite authors!