Skip to content
Date: October 28, 2017Author: Varietats 0 Comments
I know that for the last weeks I posted less regularly than normal. I am not ill, simply stressed, nervous and preoccupied. Yesterday my country declared the Independence, and let me say that this had been something I’ve been waiting for a long time ago. But at the same time, Spain has activated article 155, to cease the Catalonian governments, law and any type of free speech we had. It will be weeks, months of fear, repression and (I hope not) violence.
I know all of you have your own problems, but I hope for a few moments that you will try to understand our little country, we just want to be free of Spain; their retrograde laws, corrupt politicians and violent actions against Catalans. Because, I am sure you have seen the news, how we tried to vote for our Independence and the Spanish government put police from around Spain to stop the voting, no matter what, there were more than thousand people injured. People from around the world saw the images, but the Spain government still says it’s not true. We have two people in prison because they asked the society to express themselves in a protest. And I am afraid that soon we will see our President in prison, sadly not the first one, because, every time Catalonia tries to be free from Spain, they kill or put in prison our Presidents. Maybe it’s time to allow us to be free, don’t you think?
I would like to know what we have to do for Europe to start looking at us, instead of just accepting what Spain says, because from today on, our “government” will be managed for someone that has never been voted, a political party that has the lowest votes in Catalonia. Do you think it is fair?
I just hope that in the next days, weeks, months… country by country, start listening to us, our ideas, feelings and dreams… and stop the Spanish repression and allow Catalonia to be an independent republic.
Visca Catalunya, Lliure! 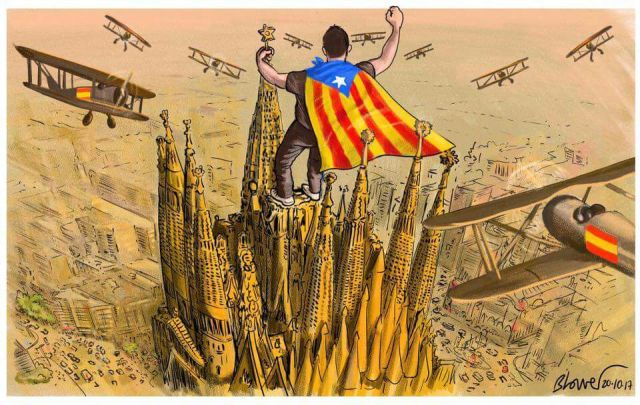 "You don't need to leave home to go on a journey..." That's so true, I travel around the world with every book I read! Thanks @hutchinson_books for this beautiful book, I can't wait to start! #bookstagram #book #bookblogger #beforemyactualheartbreaks
"Rule number one of being a woman from Trinidad: BE HELLA FIERCE" A powerful story of love and violence that packs one hell of a punch. I think there aren't more words needed, Fight Like A Girl by Sheena Kamal is my next read! @hotkeybooksya @sheenakamalwrites #fightlikeagirl
Ad - gifted items! My son has fallen in love with the newest wave of Hatchimals CollEGGtibles? They are perfect for Valentine's Day, no matter the age! 😉 It comes with two Pet Obsessed Hatchimals CollEGGtibles, so cute!! 🥰 If you love Hatchimals you can join the Twitter Party following @spinmasteruk today from 6-7pm !! #hatchimalscolleggtibles #valentines #toyreviews #collectibletoys #socute😍
"Time for Nell to fall in love with her love. (Not the man). The forty-something f##k up sounds hilarious and like a must read! I'll be enjoying it this weekend, don't wait for me! ;) #thefortysomethingfkup #noideawhatimdoing Thanks @macmillanbooks for this book, the gin and chips! ;) #bookstagram #booklover #bookworm @alexandrapotter
"A remote island. An invitation to die for..." This is one of those books that I was waiting for a long time and now I have it!! 😱 The Guest List by Lucy Foley should be on your tbr this year!! Thanks @annecater14 @harpercollinsuk for this read! #theguestlist @lucyfoleyauthor #bookstagram #bookaddict #booklover
"Johanne Haynes has a secret. That is not her real name..." I am part of this blog tour, The Alibi Girl by CH Skuse, so, no spoilers! Read my review!! ;) Thanks @hqstories for this great read! #thealibigirl @c.j.skuse #bookstagram #booklover #bookaddict