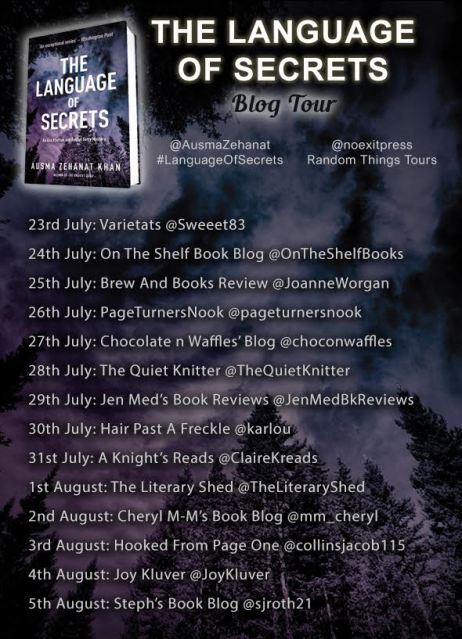 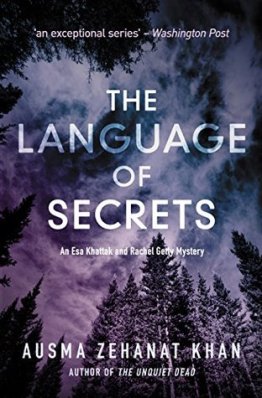 Detective Esa Khattak heads up Canada’s Community Policing Section, which handles minority-sensitive cases across all levels of law enforcement. Khattak is still under scrutiny for his last case, so he’s surprised when INSET, Canada’s federal intelligence agency, calls him in on another potentially hot button issue. For months, INSET has been investigating a local terrorist cell which is planning an attack on New Year’s Day. INSET had an informant, Mohsin Dar, undercover inside the cell. But now, just weeks before the attack, Mohsin has been murdered at the group’s training camp deep in the woods.
INSET wants Khattak to give the appearance of investigating Mohsin’s death, and then to bury the lead. They can’t risk exposing their operation, or Mohsin’s role in it. But Khattak used to know Mohsin, and he knows he can’t just let this murder slide. So Khattak sends his partner, Detective Rachel Getty, undercover into the small-town mosque which houses the terrorist cell. As Rachel tentatively reaches out into the unfamiliar world of Islam, and begins developing relationships with the people of the mosque and the terrorist cell within it, the potential reasons for Mohsin’s murder only seem to multiply, from the political and ideological to the intensely personal.
My Thoughts
“But her words were taking Khattak down a familiar road, through conversations with members of the mosque, through regrets and choices made, through countless lost opportunities. Times he should have spoken up, questions he should have asked, challenging others to an ethical reading of scripture in lieu of the tropes of dogma.”
This had been one of the most intriguing books I’ve read so far this year, intriguing and well written, I loved every page!
Esa Khattak is trying to discover the truth about the murder of his old friend. As we start reading the story we will know that they haven’t been in contact for the last years but both of them expected to recover their friendship. The loss for Esa is more painful that if it would had been of a dear friend. So, when the bosses ask him that instead of investigating the murder to simply make a charade to keep the family calm, he will have to break a few rules to discover the killer. Lucky for him, he will have the help of his partner Rachel Getty that will have to infiltrate in a terrorist cell to uncover the truth.
Rachel will have to discover who really killed Mohsin Dar, Esa’s friend, and try to unravel where will be the bomb attack and who will participate.
This will not be an easy case for Esa, he will have to face political consequences, maybe even being degraded when he starts discovering the truth… Not everyone likes him, and jealousy and power are always involved in the high circles.
Not just the mystery had me glued on this story but the characters and all the surroundings of the islamic people, something for me totally unknown but delightful to discover.
This book has made me think about the motives to kill; it has not to be an easy decision to make, because sometimes is not for money or vengeance, simply to protect and be loved…
It was a pleasure reading Arabic poetry, something totally new for me, but it was deep and interesting to take a deeper look to it. But at the same time we have to remember that poetry (and reading in general) has a different meaning to every person who reads it.
This is a book full of secrets and hidden truths that will keep you up all night.
Ready to discover the Language of Secrets?
About The Author

Ausma Zehanat Khan is a British-born Canadian living in the United States, whose own parents are heirs to a complex story of migration to and from three different continents. A former adjunct professor at American and Canadian universities, she holds a Ph.D. in International Human Rights Law, with the 1995 Srebrenica massacre as the main subject of her dissertation. Previously the Editor in Chief of Muslim Girl Magazine, Ausma Zehanat Khan has moved frequently, traveled extensively, and written compulsively. She is the author of 4 books and 1 novella in the Esa Khattak/Rachel Getty mystery series, including the award-winning ‘The Unquiet Dead’. And she is also the author of The Khorasan Archives fantasy series, beginning with ‘The Bloodprint’. She has also written a middle grade non-fiction book called ‘Ramadan’.

Today I am talking about the original game "Snap Fit" from @cheatwellgames in my blog.
Today in my blog I am reviewing "Sisterhood" by V.B. Grey.
Today I am reviewing "Keep Me Close" by Jane Holland in my blog.
Today on my blog I am playing and getting dirty with the "Kuretake Karappo Pen". If you are curious, take a look!
When yesterday I saw that this book was published I couldn't wait to buy it for my son.
I am reading "The Shadowing" by Rhiannon Ward for my blog tour post at the end of the month, and I am loving it!