Catch Your Death by Kierney Scott 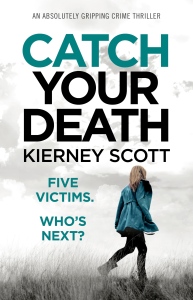 The scene played over and over in his mind. He only had one choice left. He had to die.
Behind the high and imposing gates of a prestigious college, five students have taken their lives. All of them friends, all of them good kids, all of them dead within months of each other. When FBI Agent Jess Bishop is called in to investigate, what she discovers will make her just as vulnerable as the students she’s trying to protect.
As Jess begins to unravel the secrets behind the deaths, she uncovers something much more sinister at the school and she is determined to find out who is at the centre of it.
Though her team think they’re closing in on the ringleader, Jess becomes convinced they’re going after the wrong person, forcing her to investigate on her own. Desperate to stop any more deaths, she risks everything by putting herself in the firing line. But just how far would she go to save the lives of those around her?

When FBI Agent Jess Bishop is called by her boos asking for a favor, she can not say no, but everything will get upside down when she finds a teenager hung up in a very expensive school, the problem is that is not the first one that has killed himself. Of course she will start investigating it, but this case is much bigger than she ever expected to be.
Since the beginning this book has surprised me, Jess is not an easy person to work, she has complicated past and her social skills are not developed, but her team respects her and trusts her more than she thinks. She is the main character of the story, she is brave, intelligent and ready to sacrifice her life to uncover the truth. I really liked the other characters of her team, Jameson and Jess seem to have a deep past together, we’ll see if they work together is affected by their feelings.
It was interesting how the author tries to explain how power can corrupt people with some experiments that were done, I already knew them, but it was interesting how it was related to the case. The book talks about the suicide game that scared parents around the world after some teenagers appeared dead, a deadly game that I really can not understand their purpose; how can someone create a game making people to commit suicide?
I don’t want to make any spoiler, so I will not talk more about the case, but there are so many things to talk about…!
This is the third case of the Detective Jess Bishop, but you can read it as standalone, but I am sure that after reading this book, you’ll fall in love with the characters like me.
If you are searching for a quick read; nail bitting, gripping and addictive, start reading, you’ll not be able to put it down. 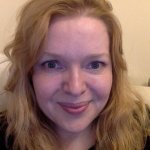 Originally from California, Kierney Scott lives in Edinburgh, Scotland with her husband and their daughter.
In her spare time she likes to read and invent new recipes. Her stuffed peppers are particularly popular with her family, as are her grain-free chocolate chip cookies. In an effort to convert her family to the joys of pumpkin, she created the Great Pumpkin Challenge. For the ten weeks before Thanksgiving, they tried a new pumpkin recipe every week. Pumpkin arancini and pumpkin queso were a big hit. She has promised her daughter to never again roast pumpkin and call them chips.
She loves hearing from readers. If you would like to get in touch, you can email her at KierneyScott@gmail.com or follow her on twitter @Kierney_S

Today I am excited to share with you the cover reveal trailer of "Stargazer" by Laurie Petrou.
My entrance for the #penandinkchallenge Rock song is "Resistance" by Muse. A son that makes me rememember my mum and some fun we had together!
This is my first entry for the Penandinkchallenge, where I had to find a Disco song and use my fountain pen to inspire me with the song. I love the lyrics, so I decided to wrote it!
I've just finished my weird "crafty" piece!
Today I am talking about puzzles in my blog, specially the @unidragon_com ones! Made with wood and creating some very cute animals! Of course not all the pieces are the same and inside you can find small animals!
I am part of the blog tour "The Last House on the Street" by Diane Chamberlain in a few weeks. Believe me when I say this is a very addictive book and that I can't wait to share my review with you!