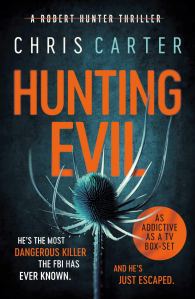 As roommates, they met for the first time in college. Two of the brightest minds ever to graduate from Stamford Psychology University.
As adversaries, they met again in Quantico, Virginia. Robert Hunter had become the head of the LAPD’s Ultra Violent Crimes Unit. Lucien Folter had become the most prolific and dangerous serial killer the FBI had ever encountered.
Now, after spending three and a half years locked in solitary confinement, Lucien has finally managed to break free. And he’s angry.
For the past three and a half years, Lucien has thought of nothing else but vengeance.
The person responsible for locking him away has to pay, he has to suffer.
That person … is Robert Hunter.
And now it is finally time to execute the plan.

Sometimes you get hooked in a book since the first page, this was the case wit this book, I was totally glued to this book, yes with just one day I finished it all! The short chapters and cliffhangers on every one made the book amazing! A race against the clock that will get your heart pumping all the time, ready for Hunting Evil?
Since the first page the author advises the reader that this is a sequel, whichu follows the story between the main character Robert Hunter and his worst enemy Lucien. You may want to read the first book, their relation is special to say at least, but is not necessary, there are some things hinted on the book and everything needed is told perfectly.
Let’s talk about the book, since the first page we know who is the “killer”, but this doesn’t make the reader stop reading but instead being more invested in the story, I will repeat myself, but is really addictive!
Robert Hunter is not a happy man, he lives to work and work to live, he had a difficult life and is not eager to share his feelings or emotions to anyone, but he is good in his work, probably the best. But is a character you understand and want to protect, he is taking the fight personally (and it is, let’s face it) but he is human and he can not protect everyone, so he will have to accept that in a war not everyone survives.
This will be a face to book, how a dangerous killer will try to play a hunting game with the police force and Robert Hunter. But what made this book so addictive is the well written story and all the small details on it. Because the author Chris Carter has done an exceptional job with the research of killers, psychological references and everything; let’s admit it, I loved every page! Yes, Chris Carter has won a new fan for his books, I can’t wait to read what will happen next. 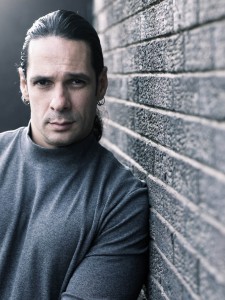 He was born in Brasilia, Brazil where he spent his childhood and teenage years. After graduating from high school, he moved to the USA where he studied psychology with specialization in criminal behaviour. During his University years he held a variety of odd jobs, ranging from flipping burgers to being part of an all male exotic dancing group.
He worked as a criminal psychologist for several years before moving to Los Angeles, where he swapped the suits and briefcases for ripped jeans, bandanas and an electric guitar. After a spell playing for several well known glam rock bands, he decided to try his luck in London, where he was fortunate enough to have played for a number of famous artists. He toured the world several times as a professional musician.