The Nanny At Number 43 by Nicola Cassidy 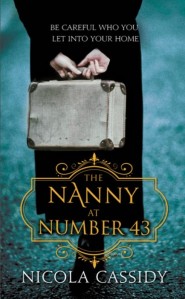 Wanted, a respectable woman to care for a motherless child.
When William D. Thomas’s wife dies in childbirth, he places an advertisement in his local newspaper seeking a nanny for his newborn child.
He is thankful when an experienced nanny arrives at 43 Laurence Street and takes over from his frazzled housekeeper Mrs McHugh.
Mrs McHugh confides in her bedridden friend Betty, who has a bird’s-eye view of all the happenings on Laurence Street, that the Nanny is not all she seems. Betty begins her own investigation into the mysterious woman.
When the bodies of twin babies are discovered buried in a back garden, by a family who have moved from their tenement home into a country cottage, a police investigation begins.
But it is Betty who holds the key to discovering who the Nanny really is … and the reason she came to 43 Laurence Street.

Who can bury the bodies of two kids in the backyard of a house? Sounds like something really creepy, don’t you think?
To know the answer of all the questions that pop to your mind you’ll have to travel back in time and meet the family living at number 43 ant their new nanny.
This is an atmospheric read, all the time waiting for the worst to happen and to discover the truth after so many years buried in a small box. But of course there’s someone in the present that knows more that what is telling and is not happy that the police are trying to discover the truth.
I am starting to love the stories based in the past but that somehow are related to the present, of course for the police is much more difficult to investigate or to really discover the truth, as you’ll see during the story, but is much more addictive for the reader to know if we’ll know all the answers or were lost in time.
This is a book that you’ll not be able to put down; interesting, original and delicate is the book you’ll need this summer!
Ready to discover The Nanny At Number 43? 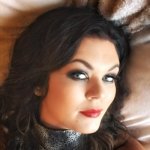 Nicola Cassidy is a writer and blogger from Co. Louth, Ireland.
She started her writing career early, entering short story competitions as a child and became an avid reader.
Encouraged by her English teachers, she chose to study journalism at Dublin City University and while working in political PR and marketing, studied a series of advanced creative writing courses at the Irish Writers’ Centre.
Later she set up a lifestyle and literary blog http://www.ladynicci.com/, which was shortlisted in the Ireland Blog Awards in 2015 and 2016 and finalist in 2017 and 2018. She signed with Trace Literary Agency in 2016.
December Girl is Nicola’s debut historical fiction novel and is set in the mystical and ancient Boyne Valley, Co.
Meath, famed for its stone age passage tombs. Elements of the story are inspired by true events.
Her second novel The Nanny at Number 43 is published by Poolbeg Press.
She lives with her husband and two young daughters in Termonfeckin, Co. Louth.