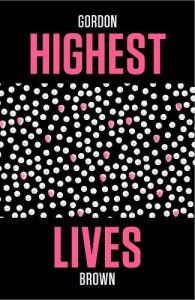 In cities across North America people are dying in seemingly impossible ways. Is history s most outrageous serial killer on the loose? When LAPD Detective Sarah Tracy is secretly instructed to recruit Craig McIntyre to help her investigate the deaths, she is unaware that his mere presence can transform people s darkest thoughts into action. As Sarah and Craig hunt the murky underbelly of LA for the malevolent figure responsible for the bizarre deaths, they stumble upon the most expensive narcotic ever to hit the streets – a substance that promises something so unbelievable that users are willing to risk death to experience it. With government black ops agency head Senator Tampoline always lurking in the shadows, Craig is used to being hunted. Now he is the hunter. And thousands could die if he fails to track down the killer.

This is a very different read from the ones I am used to, difficult to categorize but addictive and interesting, I loved the story!
The LAPD Detective Sarah Tracy will have to work with the strange Craig McIntyre to investigate the most strange case they will have ever seen, they have some bodies with different types of deaths; do they have a serial killer or something totally different? That’s when the case will turn to a dark side, when you’ll discover that Craig McIntyre has a strange power, to transform people’s darkest thoughts into action. It remembered me a little bit of the series Lucifer, he can reveal your darkest desire; just that in this case, Craig’s power is much more dangerous! The story has drugs involved, a really expensive drug only for the richest ones… but since the beginning the reader can feel that something is not right with it… does it have something related to the victims? The political factor on the story I think is much more frightening than the killer per se… what do they know about everything? Are they involved too?
I know I am doing a lot of questions, but these are some of the ones that will pop-up in my mind when I was reading it and made me want to continue reading and discover all the secrets hidden on the story. I’ll admit that I was intrigued by the characters and how they could connect, because it seemed there was some chemistry between the two characters, maybe we’ll discover more of them in a new case!
Highest Lives is a book you’ll keep reading to unfold all the deep layers hidden beneath the story! Ready?

Gordon Brown has seven crime and thriller books published to date, along with a number of short stories (including a story in an Anthony Winning anthology). His latest novel, Highest Lives, is the fourth in the Craig McIntyre series. He also helped found Bloody Scotland, Scotland’s International Crime Writing Festival, is a DJ on local radio (www.pulseonair.co.uk) and runs a strategic planning consultancy. Gordon lives in Scotland and is married with two children. In a former life he delivered pizzas in Toronto, sold non-alcoholic beer in the Middle East, launched a creativity training business, floated a high-tech company on the London Stock Exchange, compered the main stage at a two-day music festival and was once booed by 49,000 people while on the pitch at a major football Cup Final.

One thought on “Highest Lives by Gordon Brown – Blog Tour”