IN EAST GERMANY, 1978, NOTHING IS AS IT SEEMS.
The state’s power is absolute, history is re-written, and the ‘truth’ is whatever the Stasi say it is.
So when the murder of a woman is officially labelled an ‘accidental death’, Major Karen Müller of the People’s Police is faced with a dilemma.
To solve the crime, she must defy the official version of events. But defy the Stasi means putting her own life – and the lives of her young family – in danger.
As the worst winter in history holds Germany in its freeze, Müller must untangle a web of state secrets and make a choice: between the truth and a lie, justice and injustice, and, ultimately, life and death.

What a read! Real and difficult on most of the situations, this book is an eye-opening story of how was life during the cold war in Germany.
I’ll say from the beginning that it had been a little difficult to enter to the story, the names and places are in German and it took me a while to get used to the characters been called by their surname! But this doesn’t mean that the story was not great, because it had been interesting and curious to say the least.
This is the story of two women Herr Müller and Irma Behrendt, her life is run by the Stasi (it was the official state security service of the German Democratic Republic and it has been described as one of the most effective and repressive agencies ever to have existed). They always have to follow the Stasi commands risking their family lives if they don’t. They are on each side of a coin, Müller is a police officer trying to solve a case; Irma has a new boyfriend with a secret plan… Their lives crossed a few years ago, now they will cross again, but maybe this time none of them will survive…
I don’t like much history books, but in this case I have learned a secret side of the cold war that I wasn’t aware and I loved every page. I’ve read books about the second world war, but the cold war is always shared in the spies perspective, not the civilians and the repression they were living every day. The Stasi seemed to run the life of everyone, their movements and even when they were able to breath, I can understand the need to escape and cross the border, but as the book reminds, the Nazis where everywhere, they are even here, now!
What I can say about Stasi Winter? Only good things, the coldness of the story flows through the reader veins, afraid of the main characters life as the story arrives to the end. I would love to know more about the characters and how they continue on their paths but, at the same time I loved the ending, so I don’t know if I am ready for it! We’ll see if David Young decides to continue with the story…
For now, I can only say tell you to read the “Stasi Winter” before the ice melts down! 😉 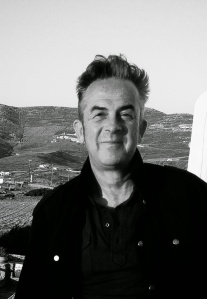 David Young was born near Hull and – after dropping out of a Bristol University science degree – studied Humanities at Bristol Polytechnic specialising in Modern History. Temporary jobs cleaning ferry toilets and driving a butcher’s van were followed by a career in journalism with provincial newspapers, a London news agency, and the BBC’s international newsrooms where he led news teams for the World Service radio and World TV.
David was a student on the inaugural Crime Thriller MA at City University – winning the course prize in 2014 for his debut novel Stasi Child – and now writes full-time in his garden shed. In his spare time, he’s a keen supporter of Hull City AFC.
Stasi Child is the first of three books in the Oberleutnant Karin Müller series – set in 1970s communist East Germany – bought by the UK arm of Swedish publisher Bonnier by former Quercus CEO Mark Smith. It reached the top 5 bestsellers on Amazon Kindle, was number one bestseller in Amazon’s Historical Fiction chart, and has been optioned for TV by Euston Films (Minder, The Sweeney etc). Translation rights have so far been sold to France.