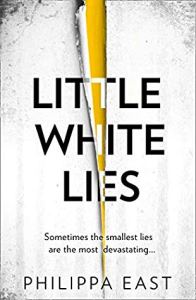 I am sure you’ve read a few books (or watch some movies) where a child has been kidnapped and sometimes it ends with the child returning home, in this book you’ll read what happens next, how the child has to re-adapt to the new life and family.
This story is told by Annie White (Abigail’s mother) and her nephew Jess (Abigail’s cousin), how they see and feel the return of Abigail, their lives will change again, but for good or bad?
As a mother, I know what is having a little one with a tantrum in the middle of the street and without any idea how to calm him; imagine that you just turn your head and when you’ll turn again your little one has disappeared? You’ll feel guilty at least for as long as the little one has disappeared, even years… So, it’s not difficult to understand the guilty pressure that Annie feels since Abigail has returned; maybe if she had more patience, being more calmed, tried to talk to her… But, in the end, the really guilty person is not the mother who had lost her patience but the person who really kidnapped Abigail and has kept her hidden for so many years.
Little White Lies is a book about the family, the little things that you don’t explain to your partner not to worry them, or the little things that you do but don’t think are important… Because that’s why they are called “Little White Lies”, they aren’t important till they are.
I was surprised with this story, is addictive and a deep insight on how a family suffers not only during a kidnapping but when the things “are back to normal” because, let’s be honest, in these cases, there’s not back to normal, none of them will be the same as before.
I didn’t understand much the history of Jess on the book, she was Abigail’s best friend (and cousin) but now they seem to be ok, until they are not… I would maybe have expected more explanation of their relation or maybe read a little bit of the perspective from Abigail.
This has been a psychological thriller with a suspense all the time of how everything would end, good or bad, you’ll have to read the book to know the answer. Ready to discover “The White Lies”? 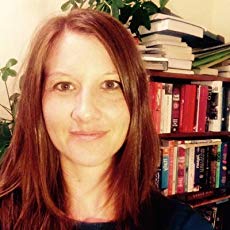 Philippa East grew up in Scotland before moving to Oxford and then London to train as a Clinical Psychologist.
A few years ago, Philippa left the NHS to set up her own part-time practice and dedicate more hours to writing. The result was her debut novel LITTLE WHITE LIES which will be published with HQ/HarperCollins in February 2020.
Philippa now lives in the beautiful Lincolnshire countryside with her husband and cat. She loves reading (of course!) and long country walks, and she also performs in a local folk duo called The Miracle Cure. Alongside her writing, Philippa continues to work as a psychologist and therapist.