The Catch by TM Logan 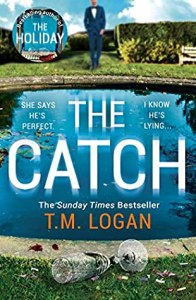 She says he’s perfect. I know he’s lying . . .
He caught me watching, and our eyes met. That was when it hit me.
There was something not quite right about my daughter’s new boyfriend . . .
The doting father
Ed finally meets his daughter’s boyfriend for the first time. Smart, successful and handsome, Ryan appears to be a real catch. Then Abbie announces their plan to get married.
The perfect fiancé
There’s just one problem. Ed thinks Ryan is lying to them.
Who would you believe?
All of Ed’s instincts tell him his daughter is in terrible danger – but no-one else can see it. With the wedding date approaching fast, Ed sets out to uncover Ryan’s secrets, before it’s too late . . .

Who doesn’t want to see their children fall crazy in love with the right person? To see that their love is corresponded from a kind and good person who will take care of them in the good and bad moments? Seems the perfect dream, am I right? Ed is so happy to see his daughter crazy in love with what it seems a good man, but he feels that something is not right with him. And he is ready to do anything in his hands to protect his daughter and discover who is really this perfect man that everyone seems to love, even though he sees something dark and hunting in his eyes. Ready?
What a twisted read! Starting with a normal situation, how parents meet the loved person of their daughter, it abruptly turns everything to darkness and full of surprises. I suppose that’s why you can’t stop reading the story, everything feels so normal that when the questions start to happen you only want to know more! Because the reader can’t discard the feeling that maybe Ed is looking for something that’s not there. He sees dark because he wants to protect her daughter, let’s admit it, it will not be the first or the last father to do it. But, what if what he sees is right and no one else is able to see? What if Ryan is hiding something and will hurt Abbey? As you can see there are so many questions to answer about the story!
The author TM Logan did an amazing job with the paranoia on this book, the reader don’t know what or who to believe, and keep the reader wanting to know more about the story and how it ends!
The Catch will catch you quickly and without notice, be prepared! 😉 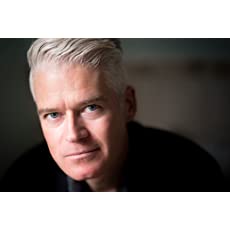 TM Logan’s thrillers have sold more than 750,000 copies in the UK and are published in 19 countries around the world including the USA, South Korea, Italy, Spain, Portugal, Poland, Hungary, Serbia, Romania, Greece and the Netherlands.
Tim’s brand new thriller, THE CATCH, is out now in e-book and audiobook, with the paperback due to be published in the UK on 11th June, 2020. THE CATCH is about a father who becomes convinced his daughter is about to marry a man with terrible secrets. Terrified that his cherished only child is about to marry a man who is not what he seems, Ed sets out to uncover the truth – before it’s too late…
His previous thriller, THE HOLIDAY, was a Richard & Judy Book Club pick and spent ten weeks in the Sunday Times paperback top ten. THE HOLIDAY takes place over a sweltering summer week in the south of France, as four best friends see the holiday of a lifetime turn into a nightmare of suspicion, betrayal and murder. Tim’s debut LIES was one of Amazon’s biggest selling e-books of 2017 and was followed by 29 SECONDS in 2018.
Tim was a national newspaper journalist before turning to novel-writing full time. He lives in Nottinghamshire with his wife and two children, and writes in a cabin at the bottom of his garden.