A clever, accomplished Cambridge graduate with a good job and an attentive lover, Imogen Lester seems to have the world at her feet. But when her parents are murdered abroad while working for the Diplomatic Service, she is suddenly thrown headlong into a murky world of espionage and organised crime.
When she is charged with drug trafficking, even Ben Schroeder’s skills may not be enough to save her – unless a shadowy figure from Ben’s past can survive long enough to unmask a web of graft and corruption…

A Verbal is an oral admission made by a defendant when an interviewed by the police, which on the advice of his solicitor he/she later denies’

This is a historical espionage legal thriller, with interesting characters and a lot of historical legal facts to learn, don’t be surprised if you get interested in the previous books of this series, the characters are so good and the plot is addictive, that anyone can be addicted to them.
I think this is the first time I have trouble trying to write a review, not because I didn’t like the book, but because I don’t want to make spoilers or tell too much about the plot! You only have to know that there are spies, secrets, trials and drugs; apart from that let the story captivate you, it’s really good.
There are a few characters involved in this plot, on one side we have Imogen Lester who has just lost both of her parents in Sarajevo, but the motive of why they were killed it’s not clear. Lucky for Imogen, her lover Julia has contacts on the secret spheres and as soon as they start to investigate the killing their lives turn upside down. Imogen and her brother will be arrested for drug trafficking, this is where Ben Schroeder will enter to the story, being Imogen’s lawyer. The story is not simple, it is full of layers and difficulties, but it’s interesting and you can’t stop reading it.
This is the 7th book of the series “Ben Schroeder Legal Thriller” but you can read it alone, the only problem is that the story is so good that you’ll want to read all the series! It’s like watching a “Law and Order” chapter, you start with one and in the end you’ll watch all the series! 😉
There are some unanswered questions at the end of the story but this is what makes the reader wanting to know more about the characters and their story. Julia is a great person and I really can’t wait to discover more about her and what adventures will have in the future. 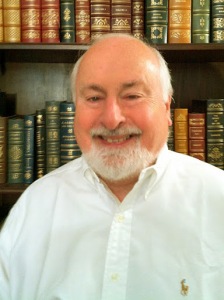 Peter Murphy graduated from Cambridge University and spent a career in the law, as an advocate, teacher, and judge. He has worked both in England and the United States, and served for several years as counsel at the Yugoslavian War Crimes Tribunal in The Hague. He has written eight novels: two political thrillers about the US presidency, Removal and Test of Resolve; six historical/legal thrillers featuring Ben Schroeder, A Higher Duty, A Matter for the Jury, And Is there Honey Still for Tea?, The Heirs of Owain Glyndwr, Calling Down the Storm and One Law for the Rest of Us. He is also the author of the Walden of Bermondsey series. He lives in Cambridgeshire.

One thought on “Verbal by Peter Murphy – Blog Tour”