Ready to discover another great book for this 2020? Take a look…

After the Silence by Louise O’Neill 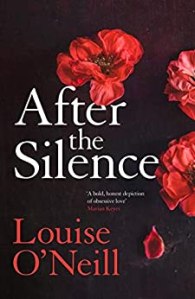 Nessa Crowley’s murderer has been protected by silence for ten years.
Until a team of documentary makers decide to find out the truth.
On the day of Henry and Keelin Kinsella’s wild party at their big house a violent storm engulfed the island of Inisrun, cutting it off from the mainland. When morning broke Nessa Crowley’s lifeless body lay in the garden, her last breath silenced by the music and the thunder.
The killer couldn’t have escaped Inisrun, but on-one was charged with the murder. The mystery that surrounded the death of Nessa remained hidden. But the islanders knew who to blame for the crime that changed them forever.
Ten years later a documentary crew arrives, there to lift the lid off the Kinsella’s carefully constructed lives, determined to find evidence that will prove Henry’s guilt and Keelin’s complicity in the murder of beautiful Nessa.

What’s hidden behind closed doors is a thing that only the family really known, the outsiders can “suspect” something but the reality is always hidden behind them. This is a story about control and abuse, family and lies, secrets and death; because sometimes, after the silence of the death, the victim will find the voice they were searching for a long time. Ready?
This is psychological thriller, atmospheric and visceral, when a documentary team decides to investigate the Nessa Crowley’s case, a pretty woman that was killed in the Isrum Island, there were suspects, but no one was ever charged for the crime. Now, 10 years later, two journalists are going to Isrum to discover the truth, discover why someone would kill Nessa Crowley. They will center the investigation on Henry and Keelin Kinsella, the islanders always suspected that they were involved on the mystery and the victim’s body appeared on their garden, but the motive was never guessed. Maybe now it’s time to reveal the truth…
This is a mystery book, but the story is more centered on the main character’s life and their abusive marriage; I have to say, that the author, Louise O’Neill, did an amazing job portraying Keelin Kinsella, her character is strong but always being in toxic relationships, so it’s a really interesting perspective, seeing how a brave and intelligent woman can be moulded to someone’s will. Why she doesn’t stop it? Why she doesn’t leave? This book gave me an interesting perspective on abusive relationships, seeing that even if you are a strong and intelligent woman, the abuse is there and you can’t leave.
I don’t think the killing of Nessa is the main focus on the story, I will not complain either, I enjoyed the read, but I would had loved a little bit of suspense, it was too easy to discover the truth!
This is a good read, addictive and interesting, I am sure that you’ll not be able to stop reading once you’ll start. Ready? 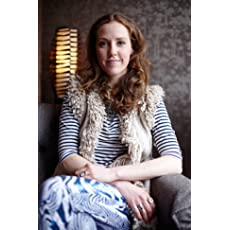 Louise O’Neill was born in west Cork in 1985. She studied English at Trinity College Dublin and has worked for the senior style director of American Elle magazine. While in New York, she also worked as an assistant stylist on a number of high-profile campaigns. Louise has written two award-winning books, Only Ever Yours and her most recent, Asking For It, which won Book of the Year at the Irish Book Awards. She is currently working as a freelance journalist for a variety of Irish national newspapers and magazines, covering feminist issues, fashion and pop culture. She lives in Clonakilty, west Cork.