The Lies We Tell by Niki Mackay

Miriam Jackson is a famous radio presenter. Married to a successful film director, she has created the perfect life for herself.
Then her daughter goes missing.
Miriam is desperate to find her before her husband finds out and her perfect life crumbles around her. So she calls the only person who can help: Private Investigator Madison Attallee, who has just solved the biggest case of her career.
Can Madison find Miriam’s daughter? And will Miriam share the truth about her past?

Be prepared for a deep and twisted story, involving secrets, parenthood and lies. Ready?
In the beginning of the story we discover a little of Miriam and Maddie’s lives, they both have their struggles and problems but they try to survive every day. Miriam has recently connected with an old ex-boyfriend, and now her daughter has disappeared; the police only think that is a teenager searching for party and will return soon, but she is terrified that something could had happened to her. That’s when Maddie will enter to the story, she is a PI and will be helping Miriam searching for her daughter, an easy case that will get much more difficult than she was expecting. Starting for why Miriam doesn’t want to call her husband to let him know that his daughter is missing. Yes, he is a very busy man, but he would like to know if there’s a problem, no?
Miriam and Maddie have a lot of similarities; they both have a daughter, they know what is to live with alcoholism and having men problems. I suppose that there’s more information about Maddie in the previous book, but you can follow her all the time and where there’s something from the past referee it is well explained. Even if this is the second book of Maddison Attallee you can read the book like a standalone.
I was totally glued to this story, in the beginning I was scared that I would mix both characters’ stories, Miriam and Maddie, but when you enter to the plot you don’t have any doubt of which character is speaking.
This is a story you have to let flow on your mind; compelling and addictive The Lies We Tell is an amazing book!
Niki Mackay has won a new fan, I can’t wait for a new case. 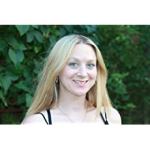 Niki Mackay studied Performing Arts at the BRIT School, and it turned out she wasn’t very good at acting but quite liked writing scripts. She holds a BA (Hons) in English Literature and Drama, and won a full scholarship for her MA in Journalism.