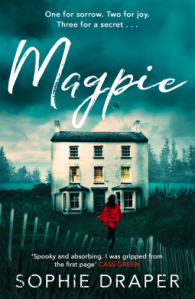 She’s married to him. But does she know him at all?
Claire lives with her family in a beautiful house overlooking the water. But she feels as if she’s married to a stranger – one who is leading a double life. As soon as she can get their son Joe away from him, she’s determined to leave Duncan.
But finding out the truth about Duncan’s secret life leads to consequences Claire never planned for. Now Joe is missing, and she’s struggling to piece together the events of the night that tore them all apart.
Alone in an isolated cottage, hiding from Duncan, Claire tries to unravel the lies they’ve told each other, and themselves. Something happened to her family … But can she face the truth?

This is one of those reads that leaves you with so many contradiction feelings that it took me a while to re-read some parts of the book and get a clearer view! Don’t get me wrong, the book is original and intriguing but with a few twists and surprises that I simply needed to put my thoughts into perspective.
Magpie is not the read you’ll expect, it’s about a family, their secrets and lies through the years and how as the time passes it gets more unbearable till it explodes with a chaotic result.
The story is told between an “after” and “before”, but we don’t really know what’s the “event” that changes everything till the end, making it suspenseful and intriguing. The story is told between Claire and Duncan, their marriage and how they are as parents and couple. I’ll say that I didn’t like much Claire, she is a resentful woman with not much in her life apart from her son; she is bitter and angry towards her husband, she has motives, yes, but it’s in part her fault too. Duncan is not an angel neither, but I think I understood more him than her, he has his own regrets too and demons to fight.
There’s a few stories running at the same time, but you always feel that there’s something darker hunting them, like a bad omen waiting for the right moment.
This is a book that will have the readers divided, there’s a mystery but more of a hunting and stressful atmosphere that lead to the event. Not easy to categorise or to talk without spoilers; so you’ll have to believe me to take a chance on the read and decide your thoughts on it. Ready to discover “Magpie”? 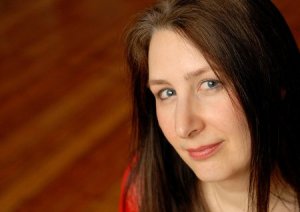 Sophie ‘s debut novel, CUCKOO, was published by Avon (HarperCollins) on 29th Nov 2018. It won the Bath Novel Award 2017 (as “The Pear Drum”) and the prestigious Friday Night Live competition at the York Festival of Writing 2017.
Her second book, MAGPIE, is due out on 28th November 2019.
Sophie lives with her family in Derbyshire, in a house filled with music, several cats, too many books and three growing boys. When not writing, Sophie works as a traditional oral storyteller. She was nominated for the British Awards for Storytelling Excellence 2013 (Outstanding Female Storyteller) and performs across the UK, telling stories for all ages at festivals, schools, historic houses, museums and community groups.