The Secrets of Strangers by Charity Norman 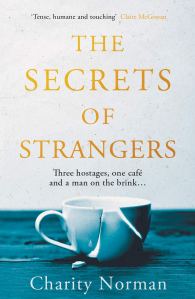 A regular weekday morning veers drastically off-course for five strangers whose paths cross in a London café – their lives never to be the same again when an apparently crazed gunman holds them hostage.
But there is more to the situation than first meets the eye and as the captives grapple with their own inner demons, the line between right and wrong starts to blur. Will the secrets they keep stop them from escaping with their lives?

When you take a coffee in a coffee shop, you can either sit and relax or get your daily doses of caffeine needed to start your work.. no matter which was the choice of our main characters in this story, their lives will change forever after their meeting in a London Cafè. How can something so peaceful could end so bad?
I was shocked with this story since the first moment, how something so banal as going for a coffee could have this ending/beginning? I don’t think I ever thought about it, maybe because I am not used to see guns or dangerous situations like the US, but it made me think how something not related to you can affect you so directly. Don’t expect a happy story, this is a sad story, full of secrets and half truths, something that we sometimes tell without being totally aware of how it can change someone’s life.
I really don’t want to spoil anyone with too much information about the plot, but the story is so strong and real, with detailed characters and a difficult situation that no matter if anyone will die in the end, they will be hurt forever. Because, if you really think about it, when a gunman enters a place it puts everyone’s life in danger, if you survive the situation, your life will always turn back to that moment. There will be a connection with the other survivors that will be much stronger than any other you had previously, you were strangers in the beginning but you’ll know their secrets forever.
Ready? 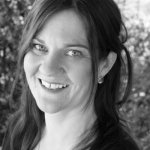 Charity Norman was born in Uganda and brought up in successive draughty vicarages in Yorkshire and Birmingham. After several years’ travel she became a barrister, specialising in crime and family law. In 2002, realising that her three children had barely met her, she took a break from the law and moved with her family to New Zealand. THE SECRETS OF STRANGERS is her sixth novel.