Who doesn’t love to do a cute Minnie Mouse? My son has been asking to do some crafty things since we started the closure. I’ve bought all type of toys; creative, learning, action… But the ones he loves the most are the ones he creates something by himself, then is the proudest kid in the world!

I’ve been following Aquabeads on Twitter for a long time and I always envy all the cute Disney packages they have! So, when I found the Minnie Mouse playset I couldn’t resist to buy it and try to do it with my son! I’ll say from the beginning that it was a hit, we saw Minnie in DisneyWorld Orlando and he really likes Minnie and Mickey! So trying to do the famous ears with little beads was super exciting for him. I normally try to help him with the colours and being careful with what he does, but I thought that this was his moment to simply put beads and then “magically” see the ears become a keychain. Just a little reminder, this is not a toy for little ones, there are really small pieces that can be really dangerous. 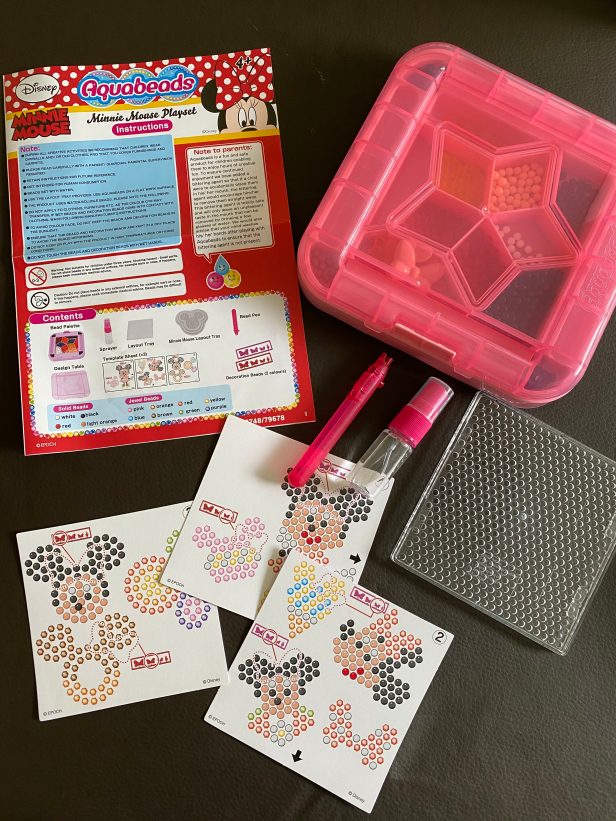 Is is a really easy to use toy (and really worth the money!), it has all the things you need to do a few Minnie things (ears and ice-cream included!). There are some different coloured beads (some colours have more beads than others, but it’s not much important), some laces and stars to add to your creations, a pen to make it easily to put the beads on the plastic and some patterns to follow to make your Minnie creations. 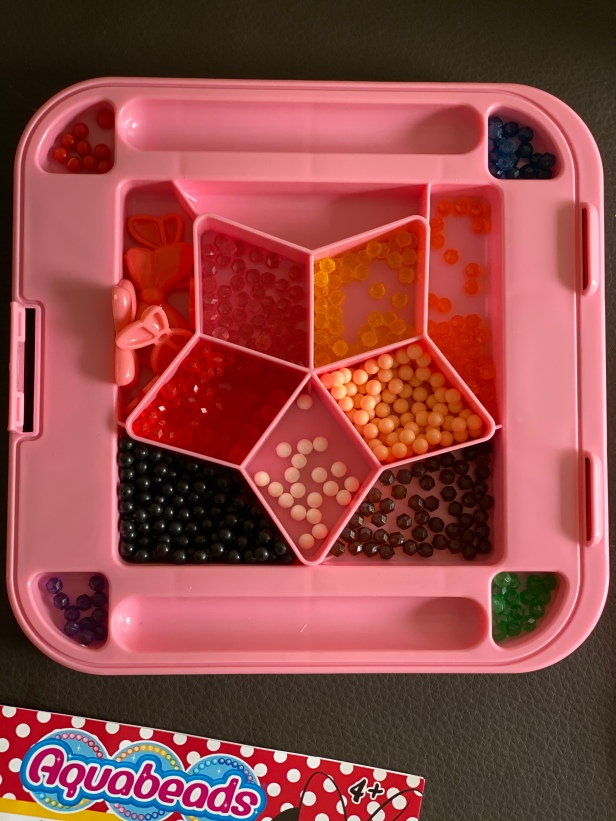 There’s not much to say about how to play with the patterns/beads, we started with the easy one, the ears, were you only have to fill all the ears with the beads, nothing more! As you can see my little one had a lot of fun!

Then, when you have all the beads on their place you have to put water on it (a lot of water!)…

And last, the most difficult of all, let it rest for a few hours…

The problem? My son touched it so much that we had to throw the first attempt on the bin! But as you can see, the second one was good too! 😉

I’ll admit that this is not my first attempt with an Aquabeads product and I really trust this brand. It’s not expensive, it comes with everything you need in the package and the results are always amazing.