Precious You by Helen Monks Takhar

She’s got your job. She wants your life…
When Katherine first meets her new intern Lily, she’s captivated. Young, beautiful and confident, Lily reminds Katherine of everything she once was – and it’s not long before she develops a dark fascination with her new colleague.
But is Lily as perfect as she seems, or does she have a sinister hidden agenda? As Katherine is drawn into an obsessive power struggle with the intern, a disturbing picture emerges of two women hiding dark secrets – and who are desperate enough to do anything to come out on top…

I don’t believe in coincidences, I am not sure if I’ve always been so paranoid or is a secondary effect of reading so many books. But since the first meeting between Katherine and Lily I felt that something was not right. I didn’t like Lily at all, is she too pretentious, charming and self-obsessed? I really don’t know, but I didn’t expect anything good from her!
This is the story of Katherine and Lily, since the first moment they met till the end, they will share their thoughts and fears to the reader, be prepared for a haunted read. Because, there are always two sides on every story, Katherine and Lily’s story is much more complex than you ever thought.
I could feel the electricity between Katherine and Lily trespassing the pages throughout the book; because everyone will think that Lily is “perfect” and Katherine is a paranoid old woman who thinks that her life is threatened by the younger ones, but let’s face it, their electricity is almost touchable. It’s a fight of power and lies, who can make everyone believe their own truth, the reader has their own thoughts but the secondary characters have their part in the plot, don’t be surprised if you have a few unexpected twists on the story, in the end, this is a psychological thriller. To surprise the readers and don’t let them stop reading, wanting to know more and discover the truth behind too many lies and secrets.
I’ll admit that I was surprised by the ending; unexpected and disturbing, it made this an amazing read.
Ready for the Precious You? 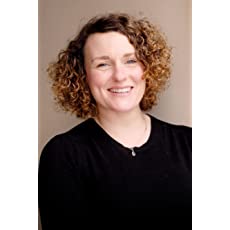 Helen Monks Takhar worked as a journalist, copywriter and magazine editor having graduated from Cambridge in 1997. She began her career writing for financial trade newspapers in 1999 before contributing to UK national newspapers including The Times and The Observer. Born in Southport, Merseyside in 1976, she lives in North London with her husband and two daughters. Precious You is her first novel.