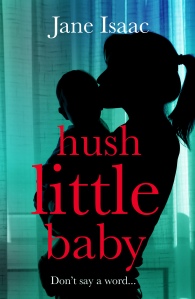 Someone stole a baby…One sunny day in July, someone took three-month-old Alicia Owen from her pram outside a supermarket. Her mother, Marie, was inside. No one saw who took Alicia.And no one could find her.They silenced her cry…Fifteen years later, a teenager on a construction site sees a tiny hand in the ground.When the police investigate, they find a baby buried and preserved in concrete. Could it be Alicia?But the truth will always out.When Alicia disappeared, the papers accused Marie of detachment and neglect. TheOwens never got over the grief of their child’s disappearance and divorced not long after. By reopening the case, DC Beth Chamberlain must reopen old wounds. But the killer may be closer than anyone ever suspected..

Freeman stood at the front of the conference room and stretched out his back, an action that made his rotund stomach extend further than usual. ‘Okay everyone, gather around.’ He straightened as the last few officers shuffled forward. ‘Hunter brought in a specialist forensic anthropologist/archaeologist to make a start on breaking open the concrete block this afternoon.’ He crossed to a screen at the side of the room and angled it towards his audience. DC Pete Winston sat at a table nearby with his laptop o pen, poised.
‘The process of removing the child from the concrete is likely to take a couple of days. They’re filming it as they go along and sending us stills. We’ll get the stills printed out in due course.’ He nodded at Pete who clicked a button. The screen immediately filled with a child laid on its back in a sleeping pose, its trunk and legs covered in a dirty cream shawl. Only a blue-grey arm and face were visible. The eyes were closed and sunken, the skin around them shrivelled. A bush of hair stuck up from the head above a slightly distorted face, with mottled, greying skin that caved in
beneath the cheekbones.
Barely two foot long. Who could do something like this? Beth thought. To a child. So small. So fragile.
‘Hunter was able to confirm the child was a baby girl, possibly only a few months old, and she’s certainly been there a while,’ Freeman said.
‘Do we know how long?’ Nick asked.
‘No, not until further tests have been carried out, but the forensic anthropologist/archaeologist is pretty sure we are looking at an historical case,’
Freeman said. ‘Sealing the child in concrete prevented oxygen from reaching the body, retarding the decomposition process.’
He gave Pete a nod and the screen changed. In the next shot the shawl had been pulled back, exposing a mottled trunk in a towelling vest. The remnants of a nappy poking out the sides. It was a pitiful sight. A loose window rattling in the wind was the only sound to be heard.
‘Soil samples have been taken from the scene to compare with what is on the block,’ Freeman said, ‘to see if we can determine how long she has been buried and whether she’s been moved at any stage, but none of this is a quick process. It’ll be weeks before we get any firm results.’ A low-bellied murmur travelled around the room. ‘I know, I know.’ He lifted his hands to hush them. ‘There is one piece of positive news. They’ll be extracting DNA from the body today. Hunter is pretty confident there’s enough soft tissue for a fast-track trace.’
Beth’s shoulders slackened. Generally, in historic cases where bodies had been dead for long periods, DNA was taken from the bones, a lengthy process, often taking weeks to yield results. Fast-track traces were usually back in a matter of days. At least she would be able to confirm with the family soon. 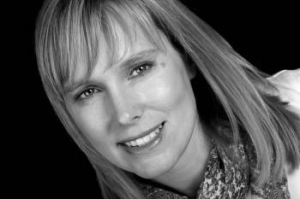 Jane Isaac is married to a serving detective and they live in rural Northamptonshire, UK with their daughter and dogs. Jane’s debut novel, An Unfamiliar Murder, introduces DCI Helen Lavery and was nominated as best mystery in the ‘eFestival of Words Best of the Independent eBook awards 2013.’
The Truth Will Out, the second in the DCI Helen Lavery series, was nominated as ‘Thriller of the Month – April 2014’ by E-thriller.com and winner of ‘Noveltunity book club selection – May 2014′.
Jane’ s ninth novel, Hush Little Baby, is the third in the highly acclaimed DC Beth Chamberlain (Family Liaison Officer) series and scheduled for release in July 2020.
Jane loves to hear from readers and writers.